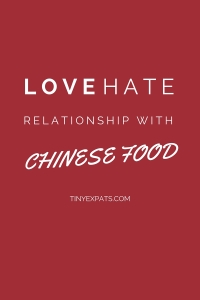 I actually liked Chinese food before coming to China. At least, I thought, that what I liked was Chinese food. In fact, I liked a Western version of Chinese food, which relates to the real Chinese food like those tiny fructose pills relate to sugar. And, I’m afraid, I was way too used to fructose to fully appreciate the real deal in the beginning.

First of all, you can’t really use the term ‘Chinese’ food to describe all the variety of dishes available to you in China. Every province has its own cuisine, own flavour. Sichuan, Cantonese, Hunan, Mangolian, etc etc. Some of it is closer to what Westerners might be used to, some – very peculiar.

What do I call peculiar? I did not want to try a cat or a dog, which is not so uncommon in, let’s say, Shenzhen. I didn’t want to eat a turtle either (had them as pets and can’t look at them otherwise now). I also steered clear of snakes – I’m sorry, but yuk! (although, they say, the taste isn’t bad). I tried a beef stomach – by pure accident, as I had no idea what it was. I’m not going to repeat that experiment any time soon. Pork ears? Chicken feet? Maybe not.

Spice. I had a pretty hard time in Shenzhen. My husband loves spicy food and he found local dishes very hot. Now, translate it into my level of spice tolerance and you get Level “Inedible”.

Our partners really tried hard, taking us to great restaurants, choosing various local specialities to impress. I’ve got to mention, that it’s considered somehow rude, if you don’t eat what’s offered to you by your host. That was a bit of a dilemma. The hosts tried their best, constantly offering me one dish or another that they considered ‘not spicy at all’. I tried them all. Well, it wasn’t spicy for them, I suppose.

Most of the time, I survived on plain boiled rice (thank God for that!). Once, I found a dish, which I thought I could eat – roast duck, not too hot, finally! Only after I tried to bite a piece, I realised that I was actually holding a duck’s head and biting a beak. On a positive side – I lost a couple of kilos after 5 days in Shenzhen. Bonus, right?

My culinary experience in China often went like that – wonderful flavours mixed with unexpected blows. It was keeping me on my toes, for sure. For example, we used to buy fruit in a local shop in a Beijing suburb, which sold only fruit and veg. Their fruit were really amazing – they smelled and tasted just like fruits were supposed to and not how they do in supermarkets nowadays. Then came a day, when the shop owners had a delivery – of pork. She was easily cutting up that large bulk of meat on a table, stopping to weigh us some apples and peaches on that same table, before getting back to her work (see, how I didn’t mention her washing hands?). Oh well, far away countries, curious ways.

Another issue I had with some dishes – fat. Not sure about you, but when I buy chicken or meat, I usually go for a piece with less fat in it. It works in a completely opposite way in China – the best chicken is the fatty chicken.

When we lived near Beijing, we rented a flat from a Chinese lady. Once she visited us for some reason or another (she wanted to check the state of the flat probably). She saw that both my husband and I were in a poor state – running noses, cough, overall looking horrible. She straight away went to buy some food and cooked us a very thick fatty stew with beef, cloves and ginger. She also made a hot drink with ginger. We were supposed to eat a whole bowl and drink a glass of that drink under her strict supervision. To be honest, I really don’t like fat and I just can’t stand ginger, but she was very very convincing (how can you say no to an elderly lady, who just made it all specifically for you and now stands over you, very concerned?). In the end, we consumed all she’s given us and in a short while actually felt much better! Just another proof that it is worth trying something new now and again.