We live just next door to Warwick, so quite naturally Warwick Castle was one of the first places that we visited with our kids. It is amazing! For both kids and parents – everybody can find something that they like here.

Warwick Castle is situated on a hill above Avon River. It was originally built in the 11th century and rebuilt in stone in the 12th century. It was interesting to find out that it actually belonged to the same family (Greville family, who became earls of Warwick) for more than three hundred years, until it was bought out by the Tussauds Group in 1978 – quite recently really, if compared to its long history.

We decided not to rely on English weather, which changes so fast that even weather forecasts can’t catch up. It was pretty grey and occasionally started to drizzle, but we dressed up warm and headed out. Our bravery was awarded by the sun that came out as soon as we reached the entrance to the castle grounds.

There’re several interesting events arranged throughout a day for the visitors – archery show, birds of prey show, etc. We checked the times and went to explore the castle.

Straight away we came across a very cool playground – we had no other choice but to stay there for a while and let the kids go wild! 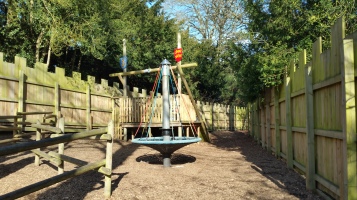 We could get away from this place only with a promise of going to an archery show. There’s actually a small archery area set up for kids to try their hand at shooting arrows. Older kids would definitely find it interesting to watch the show – Earl of Warwick’s archer tells us history of the English longbow (or at least his version of this story), what ‘thumbs up’ originally meant and how the archers participated in battles.

Going through thick castle walls and a couple of raised metal gates, we finally got to the inner court and it’s as impressive as the outside part!

Topping up our energy levels with some sweets sold in a huge tent just around the corner, we decided to climb up the castle walls. As we had a three year old with us and those steps and passages are extremely steep and narrow, we chose a shorter route – up, along one of the sections, even further up into the tower and aaaallll the way down the tower (and that was a lot of very steep steps in a narrow space – my vertigo and claustrophobia thanked me for that). But the view from the top of the walls is definitely worth it – you can see pretty much all of the city of Warwick from here! 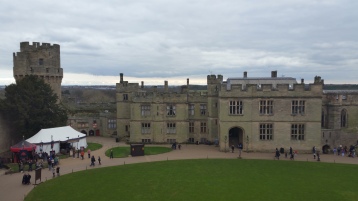 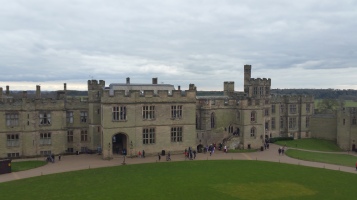 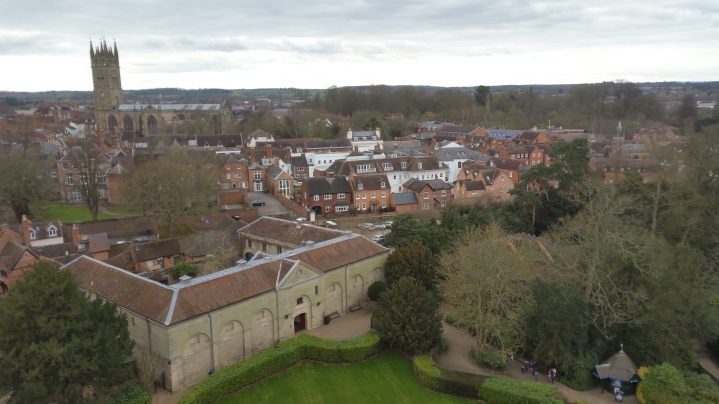 When we came down, it was about time to walk to the bird of prey show. I think, it was an interesting one, but our kids got pretty tired and cranky by this time, so we decided to just move them along.

A tent, kind of like the one knights used to sleep in during campaigns, was a big hit though – girls spent a while there imagining knights in full armour trying to sit on small wooden stools. 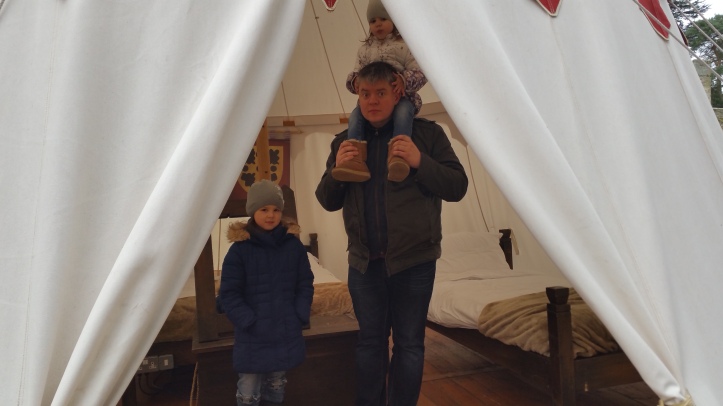 We still didn’t see the Trebuchet show, didn’t go for a walk around the castle living areas and since our visit they also opened a new labyrinth on the grounds – we will definitely be back soon, so watch this space for the second part of our Warwick Castle adventures! 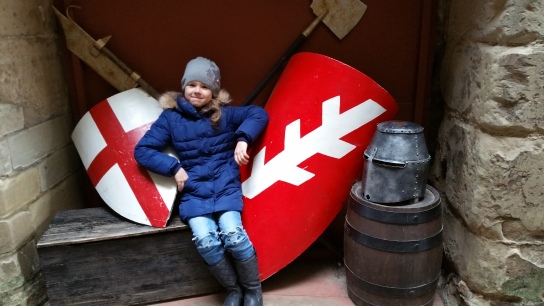 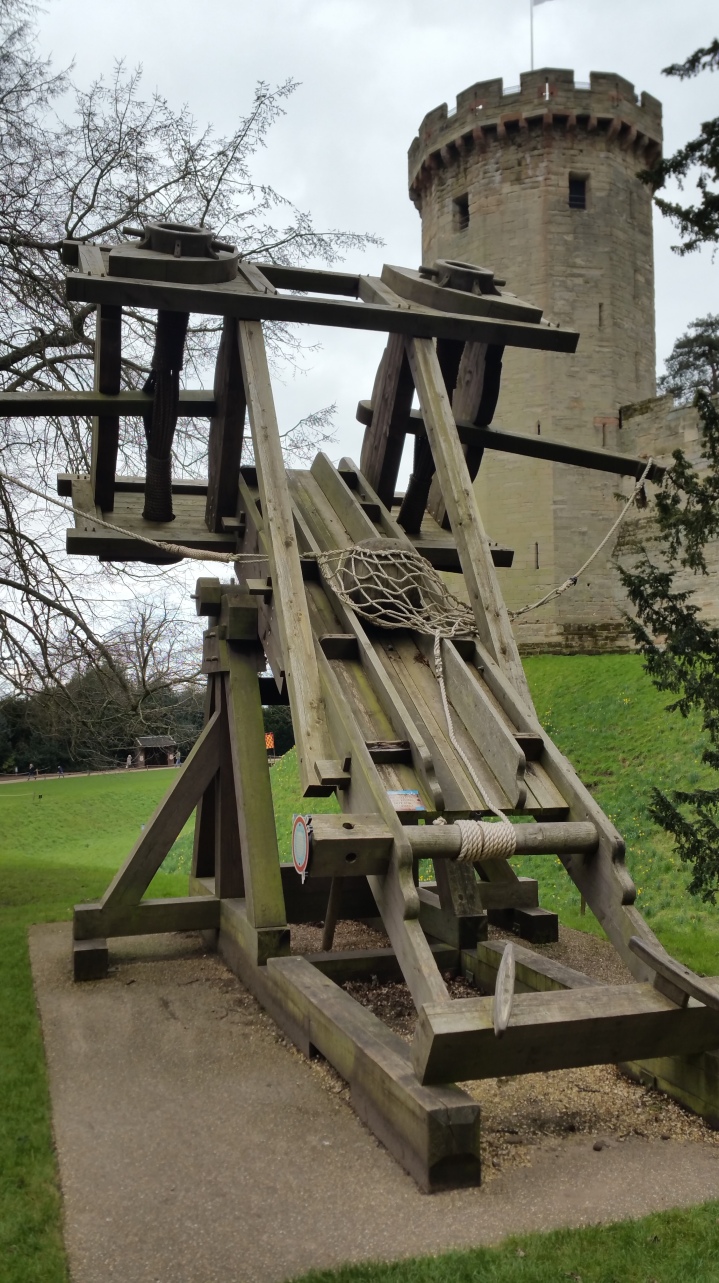 I’d also like to share with you one tip on saving some cash, if you’re planning to take your kids on various interesting days out in UK. We recently bought a Merlin Card for our family. This gives us unlimited access to a long list of fun places (Warwick Castle, Sea Life parks across the country, Lego Lang, London Aquarium and London Eye, many adventure parks, etc). Even if you go once to let’s say a five or six of them, it already makes sense to get Merlin Card. We got ours on sale, so I’m even happier about it :) Check out Merlin Card website for more details (and I’m not even getting paid to promote it – just shows how much I liked it). 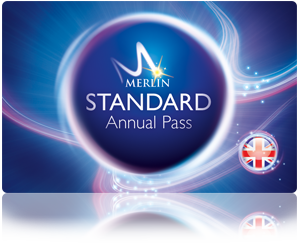 I’m submitting this post to our Show Your World link up. You can read the rules here. The link up this month takes place on Girl Gone London blog – head over there and leave your link. We will include it on our blogs in a round up in two weeks! 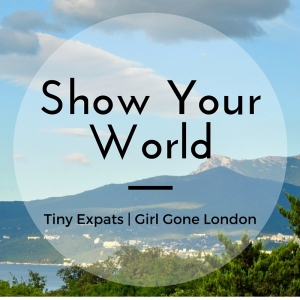