Expectations vs. Reality: The Truth about Expat Life

One of the expat blog I like is Girl Gone London, about an American expat in UK. I asked the author of this blog, Kalyn, to write a guest post for Tiny Expats, comparing how her expectations and real life expat experiences compare. Check out her blog – it’s a great read!

“When you first move abroad, it seems as if your life is nothing but questions. Will you make friends? How cold is it, really? Where will you find your favorite pasta sauce brand (priorities!) Does anyone know a hairdresser nearby that would be willing to attempt to tame your waves?

Luckily, as the months and years go on, you start to replace those question with answers. The uncertainty of life settles down, and you’re able to replace those nagging fears with experiences or funny stories about navigating your way through expat life.

As of last month, I’ve lived in London continuously for two years, and I’ve been reflecting on my own stock of experiences. Tiny Expats was one of the first blogs I followed after starting this online journey this summer, so I was very happy to be asked to contribute some thoughts on expat life! I’ve put together a list of a few of my expectations before life abroad and then a reality check to see how far I missed the mark.

Expectation: Life abroad will be continually fascinating and endlessly romantic

Reality: Not to burst anyone’s bubble, but one of the first things I learned when I moved abroad was that your old self follows you. That nagging feeling in your gut that you should work out more? Still there. That argument that keeps coming up with your partner? Still there, and magnified! Your inability to bake? Oh, yes, that’s still there, and also now you have no idea where to find any of the right ingredients!

This isn’t to say that life abroad isn’t amazing. It’s just that expat life isn’t immune from the trials and obstacles of everyday life. You can’t depend on a new city or country or continent to change your life or make you happy or solve your problems.

Expectation: There are so many things in my new country that I’ll never be able to figure out

Reality: Besides government-mandated rules like voting or working (depending on your visa), I promise you can figure out anything that comes your way. I spent years avoiding learning to drive in the UK, but eventually I conquered it and even drove to the airport last week without driving down the wrong side of the road or otherwise injuring anyone! Success! You WILL be able to read that map eventually. You WILL remember the route from the grocery store to home one day. You WILL start to pick up the language and have conversations with others. I sound like a motivation speaker right now, but I just promise you that you will.

Expectation: Keeping in touch with my family and friends will be difficult

Reality: This may have been the case in the past, but it’s not as much of an issue in the 21st century. From Skype to Facebook to Google phone numbers, the only thing standing in between you and your loved ones may be a time difference. I found that I actually former stronger relationships with my family as a result. Our conversations may have been a bit less frequent than if I lived next door, but there was a new appreciation for our time together.

Expectation: Being an expat will open me to up to new places and ideas that I never would have experienced otherwise

Reality: An obvious one, but it’s completely true and one of the most positive parts of expat life. Even aside from the new experiences you’ll have in your new country, a change in living location means a change in travel locations. From London, I’ve been able to explore so many European cities that would have been far too expensive to visit from America. I’ve learned to view America from both a citizen’s and an outsider’s perspective and I’ve learned about European (and world) issues that might be regularly glossed over in the American news.

Your world view doesn’t just double as an expat–it triples, then quadruples, and then expands until you’re convinced that we should definitely all just get along, holds hands, and sing kumbaya until the sun sets on another day in expat life.” 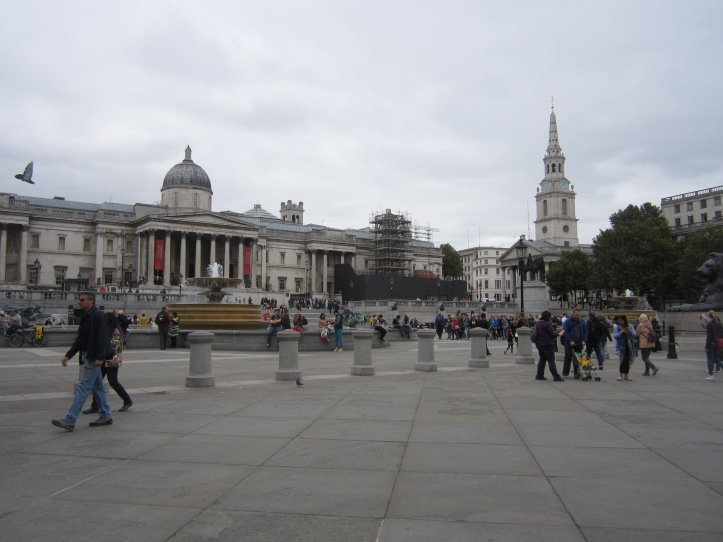