“Smooth relocation” – does it even exist? 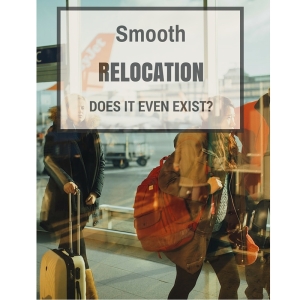 We had our fair share of international relocations. We came to UK as students with just a couple of suitcases and student visas, it was the easiest move of all. Then came Germany, China, Russia, Czech Republic – all of these relocations were arranged by ourselves and paid from our own pocket, so we’re pretty familiar now with all that can happen and what needs to be done.

Our current move from CZ to UK is assisted by a relocation company. Our move coordinator told me during our first talk that she hopes that they can make this move ‘as smooth as possible and easier than all the previous ones’. To start with, I think, they have it pretty easy, as any move with a little help could’ve been easier than our previous ones.

Now, don’t get me wrong, this relocation company is great, they do a wonderful job and already made our lives much easier. We had some pretty tough moves to arrange before – German house hunting and language, shipments to China and pretty much everything in China, shipment to Russia and dealing with customs tax on personal items. Move to CZ was one of the easiest. However, I’m not sure if ‘smooth relocation’ even exists – there’re things that even a great relocation company cannot control.

Our main difficulty at this point is my visa. It just takes time. A lot of it. Even immigration officers cannot give exact dates, when I should get my passport back, so there’s nothing that we can do about it, just be patient and hope for the best. I can say that after a month and a half alone in a foreign country with two kids,  I can only hope for the best as patience is not one of my strongest points at the moment (remember, how I quoted Bridget Jones’ notion of handling your kids ‘as a soldier in a war combined with a Dalai Lama’? My inner Dalai Lama is having a hard time).

There was a bunch of smaller problems that my husband had to deal with as he was settling in England. He wanted to exchange his German driving licence for a UK one, so he sent it by post to DVLA and post office lost it. The car papers that he received after purchasing the car came with his name spelt wrong. It took about three weeks to get internet at home and, as 3G is not strong enough, it means that we could not even have video chats with him (kids think that just having an audio call is not good enough). He also had to arrange for a kitchen tap, fire alarm, patio door and house lock to be fixed.

The post office eventually found his driving licence (yay! no need to contact German authorities anymore); he sent back the car papers and got the correctly spelt version in return; Internet is finally about to be connected (fingers crossed) and all the broken things were fixed. He also furnished our unfurnished home and even bought all the smaller items according to the list I sent him (makes me somehow glad that everything will be ready by the time we get to UK with the kids).

There’s still a lot to be done as well – shipping our belongings from CZ to UK, I will have to go on a Pardubice-Prague-London journey alone with two kids and a bunch of suitcases and, last but by no means least, there will be starting a school to deal with.

All these problems, although annoying and taking up your time, can be solved pretty easily. But I just wanted to tell you – you need to be prepared that things can (and probably) will go wrong at some point. No matter how much you try, you cannot control everything, especially, during such a hectic time as an international relocation. You can consider yourself lucky, if those will be just silly little problems. In any case, the only thing that you can do is: 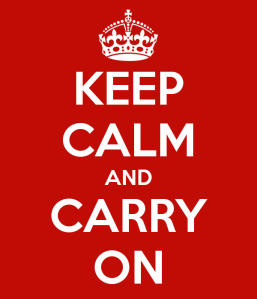