A year ago, in March 2014, we visited Kolomenskoe in Moscow and, I thought, this place has to be shown in my Travel Diary series. Previously, a favourite countryside retreat of Russian grand princes, now it’s an open air museum, consisting of old churches and buildings, constructed on this site centuries ago or brought from other parts of Russia for preservation.

Kolomenskoe village (it became a part of Moscow only in 1960s) was first mentioned in 1339. The earliest existing structure, Ascension church, was built in 1532 to commemorate the birth of the future Ivan the Terrible. This church was entered into UNESCO World Heritage List. Its look is not traditional for Russian Orthodox Churches, with a white stone dome. 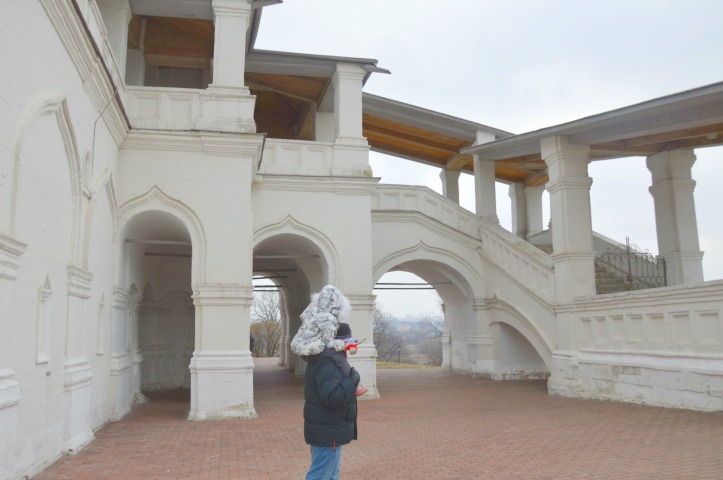 Tsar Peter the Great spent many of his years in Kolomenskoe. Know for his love of everything simple, he chose to stay in a wooden cabin, consisting only of a couple of rooms, instead of lodging in a grand palace. The rooms feel small even for us and he was said to be a very tall man. It was very interesting to have a look at the interior he spent his days in, only necessities, nothing else. The cabin is surrounded by a grove of ancient oaks, which were already there during the time Peter the Great’s time. These oaks are among the oldest trees in Moscow. 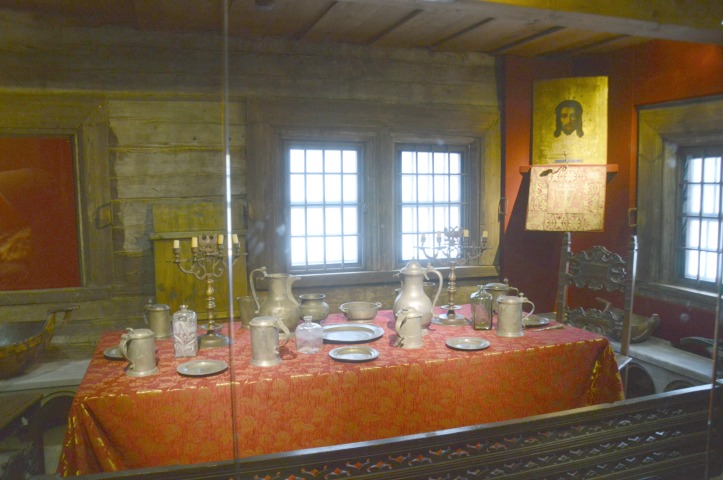 My husband was baptised in this Church of Our Lady of Kazan, built in the 17th century. It was a great feeling of finally being able to bring our daughter there and tell her about it. Although it looks big from outside, it consists of several small rooms inside, due to the supporting archways and columns.

Our daughter loved that she could run around the wide open fields and listened to the stories we told her about the times long past. My husband felt nostalgic as this was the place, where he came as a child to go sledging down the steep hills along the river. Overall, it was a great trip down the memory lanes of our family and into the history of Russia.